We’ve taken two loads of tomatoes, along with some cucumbers, tomatillos, and peppers to Elkmont Exchange. We don’t use insecticides or herbicides but we haven’t had any problems with bugs or weeds (we’re using heavy-duty weed block in most gardens this year). We have had some problems with the chickens and some other birds damaging some of the tomatoes, but we put a new fence up and the damage is about gone.

We pick the tomatoes a little early, because we want to get a good mix of ripe and unripe fruits for the restaurant. We only deliver about every five days, so the tomatoes can be used as they ripen. We’re also discovering that the tomatoes don’t all ripen at the same time… we have more than ten varieties in four different gardens. 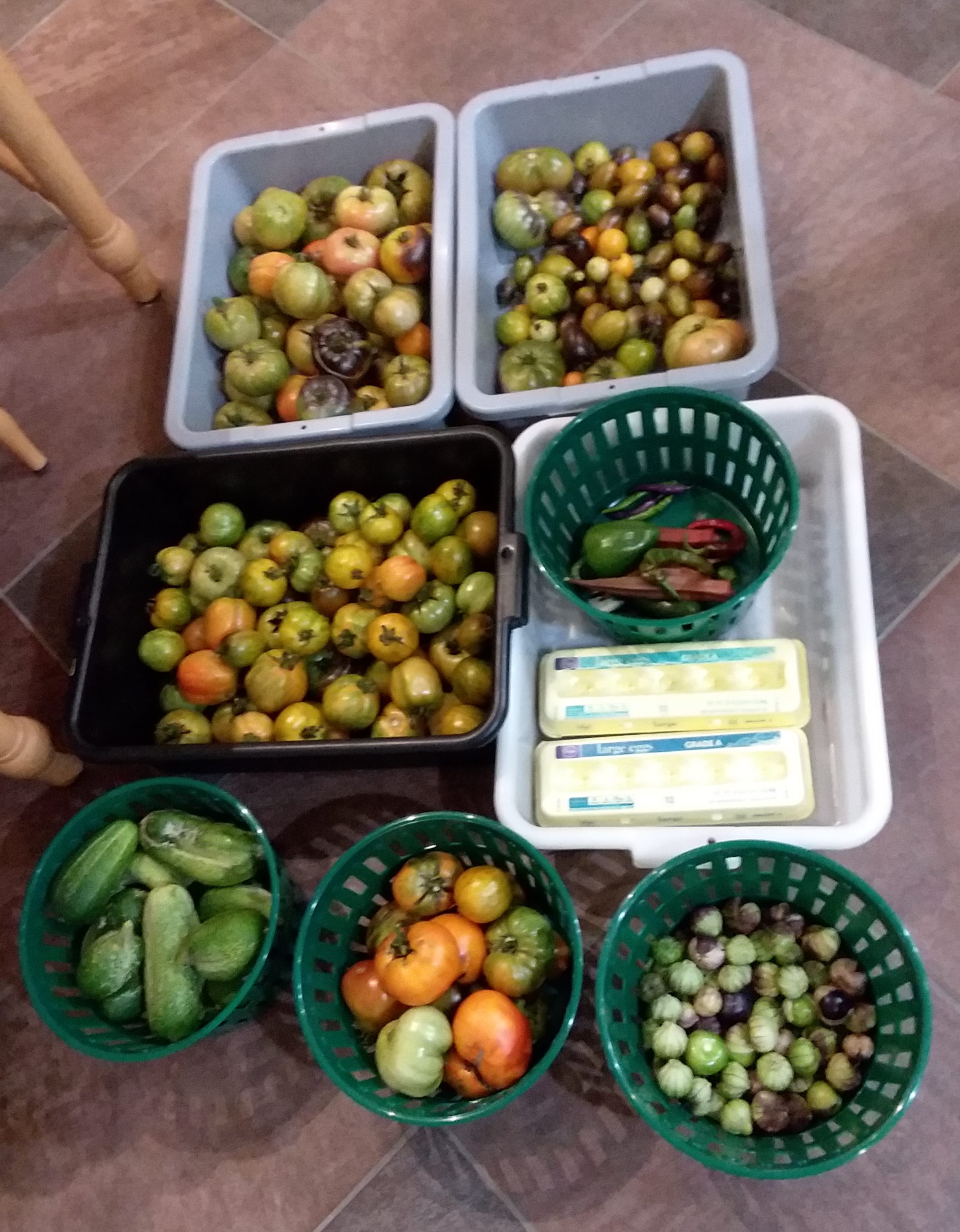 The first batch of vegetables for delivery to Elkmont Exchange. July 4, 2019.

Our First Delivery to Elkmont Exchange

This was our first delivery to the restaurant this summer. We had about 40 pounds of tomatoes, some cucumbers, a couple of pounds of tomatillos, and some sample peppers. Our favorites are the “Brad’s Atomic Grape” tomatoes. The flavor is hard to describe, because they’re pretty complex. We’ve already collected some seeds and will be planting them again next year in greater numbers. The “Pink Berkeley Tie Die” tomatoes are also really good and they have fantastic colors, but they’re pretty big tomatoes so they tend to split around the stem. 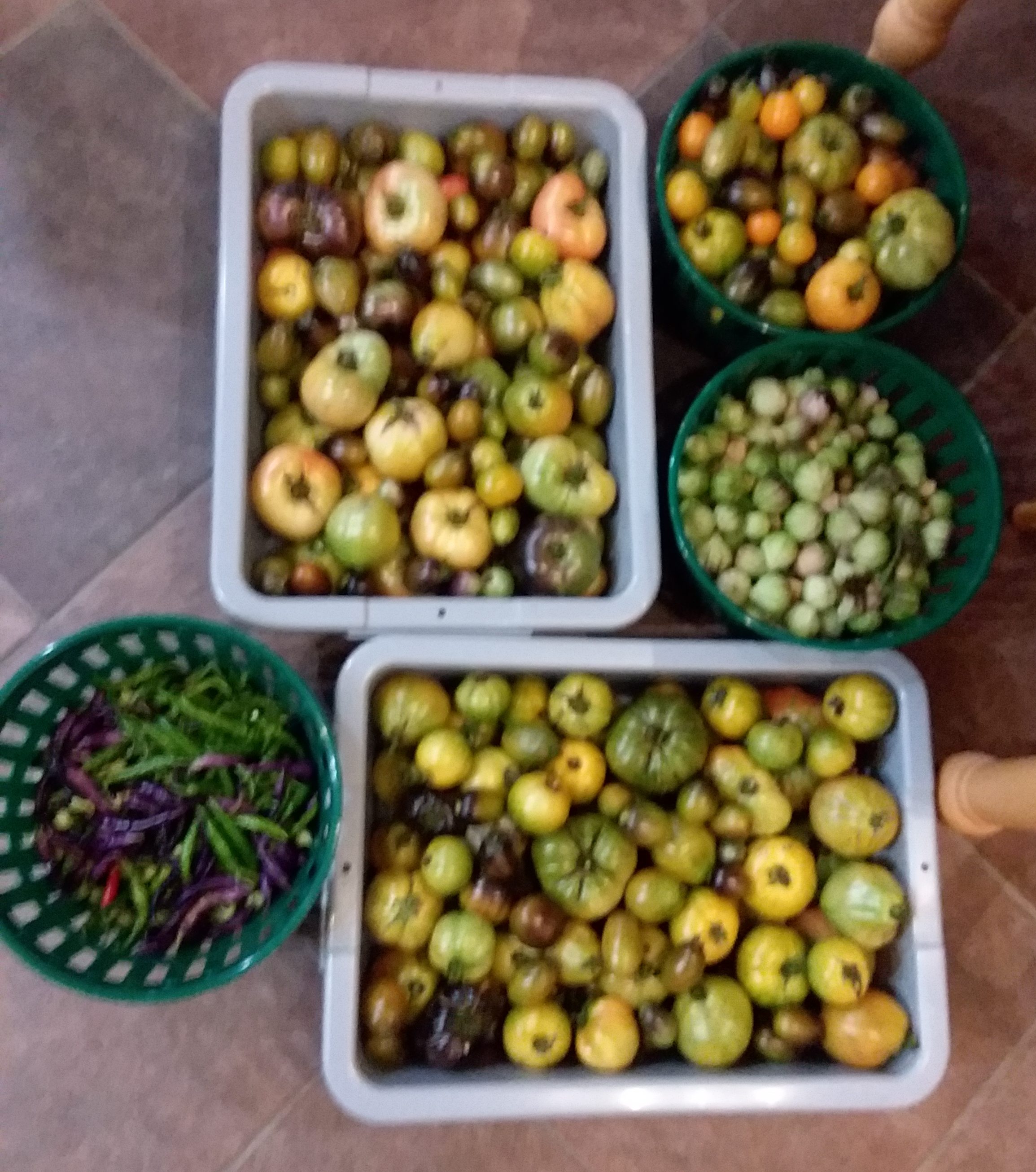 Our second delivery of vegetables to Elkmont Exchange on July 8, 2019.

Our Second Delivery to Elkmont Exchange

The tomatoes and tomatillos are getting better, even after only four days. Plus, we’ve got some really cool peppers this time. I’ll do a little blurb on the peppers in a few days.

The weather has been in the low 90s for the past week or so but I’ve been putting a lot of water on all of our gardens to try to keep up. We’ve only had about a half inch of rain in the last week so it takes a lot of well water to keep everything from drying up.

This time, we had 50# of tomatoes and 6# of tomatillos. There were only a couple of pounds of peppers, but they’re really good looking and they taste great too. The “Buena Mulatta” peppers are my favorites so far, but they’ll have a lot of competition soon.